Today is the big day. Today is #GivingTuesdaySA. Today is the global day of giving celebrated on the Tuesday following Black Friday and Cyber Monday.

Giving Tuesday harnesses the collective power of individuals, communities, and organizations to encourage local philanthropy and to celebrate generosity worldwide. The idea is simple – if you shop on Black Friday or Cyber Monday, consider a gift back to those who need it on Giving Tuesday. There are ample opportunities to donate via PayFast, ForGood, GivenGain, and BackaBuddy.

27 November 2018 sees this global concept being launched in South Africa for the first time, tying in with the centenary celebrations of Nelson Mandela. Well-known comedian Trevor Noah is supporting the global #GivingTuesday movement and will match up to R2M in donations made to his eponymous foundation. His efforts will double the impact he has on education – support for government schools including career guidance, counseling, digital access, and other critical social, emotional, and academic enhancement for kids in South Africa. But more than that, through his leadership, he is empowering and inspiring more people to give.

While Trevor chooses education, the beauty of #GivingTuesdaySA is that it is not a single-cause day.

Terry Pheto, Kabelo Mabelane & Danny K, Brent Lindeque, and Bokang M Tshabalala have all offered their giving stories, in support of #GivingTuesdaySA. They share how they support initiatives and give hope through Save the Children South Africa, the Shout Foundation, the Good Things Guy, and the Bokang Montjane Foundation respectively.

Trevor also joins the ranks of Bill & Melinda Gates, Richard Branson, Facebook, Paypal and other global icons in using his power and reach to celebrate generosity. It’s the first year of #GivingTuesdaySA, and through this powerful matching gift, the day is truly owned and celebrated as proudly South African. If there’s one thing Trevor excels at, it’s getting us all to have the conversation no one wants to have. His leadership, along with other notable South African philanthropists, can help us all have a more open and honest conversation around giving, and highlight this generosity to the world. Share a story of giving that’s inspired you here.

What if social media could be harnessed to make a more collective impact and our contributions could be more visible to those around us? In giving, we showcase the best version of ourselves. In an age of increasing division, help us use social media to spread generosity. This November 27th, join the movement and give – whether it’s some of your time, a donation, a gift or the power of your voice in your local community.

This is global day, but this is also a moment for South Africa to shine. #GivingTuesdaySA

Get involved in this monumental event, send us your story today. 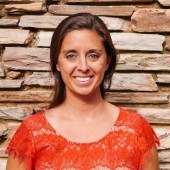